All late orders placed on Friday 2nd December will be shipped from Monday 12th December 2022.

If your enquiry is extremely urgent please click here to send a message to the EU sales office. 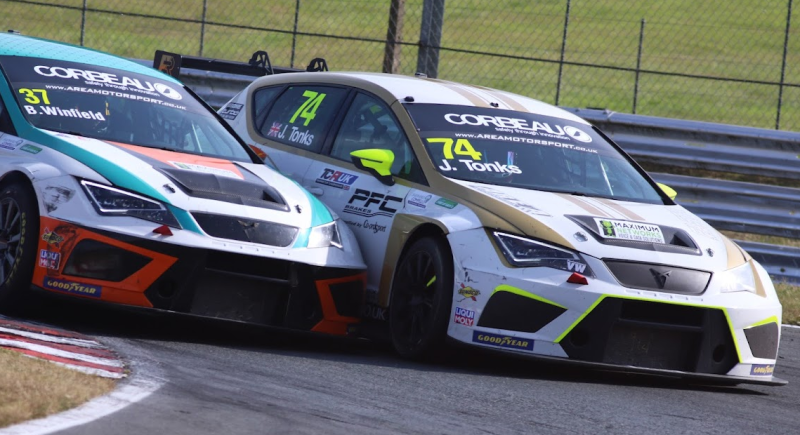 We look forward to meeting many of our loyal customers.
Please visit booth 4123 to discuss your 2023 requirements.

The BimmerWorld Pikes Peak 2022 BMW
and Camping World SRX Racing car
with full PFC brake systems will be on display. 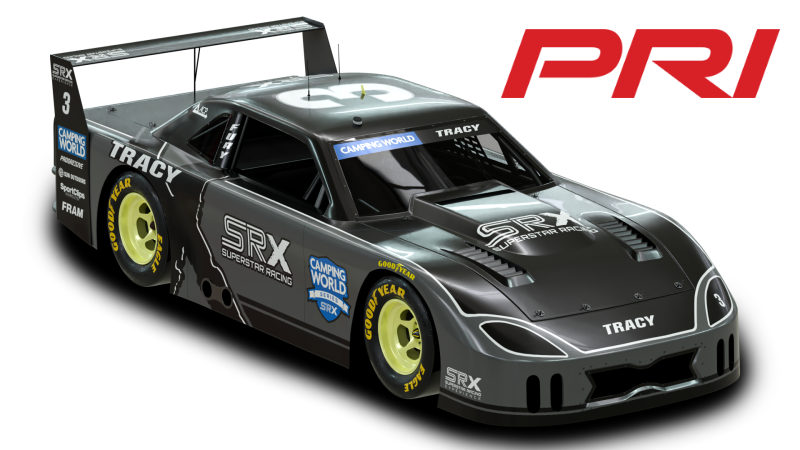 If your enquiry is extremely urgent please click here to send a message to the EU sales office. 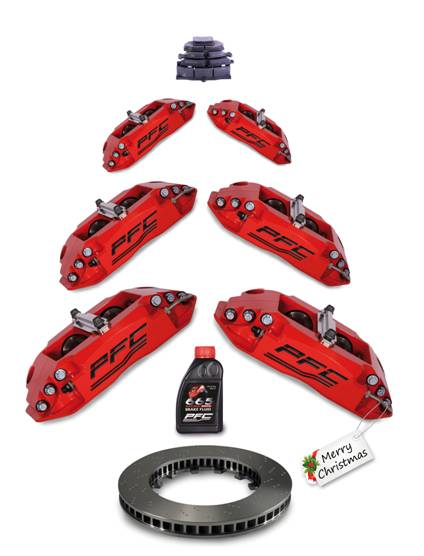 Very best wishes from
all at PFC Brakes Europe
for a happy Christmas
and prosperous New Year.

We hope that you enjoy
your Christmas brake!! 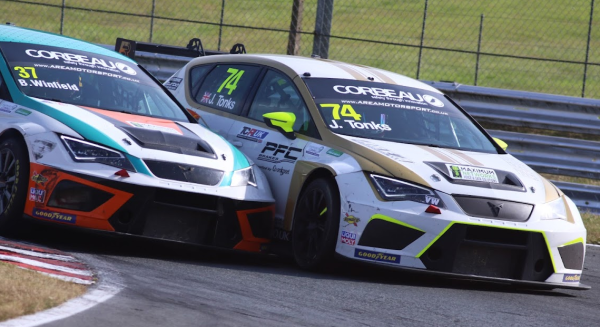 Congratulations to Jamie Tonks on his first TCR UK win. The race was on July 16 at Oulton Park.

Jamie said “It’s great to take my first TCR UK win. I knew the pace was there, it was just a case of getting into a position where I could challenge for the lead. I had a great start and took advantage of the scraps going on around me. I then waited for the opportunity and once in the lead, I was able to hold on. I couldn’t have done it without all of the support from my sponsors and the team who provided me with a race-winning car.” 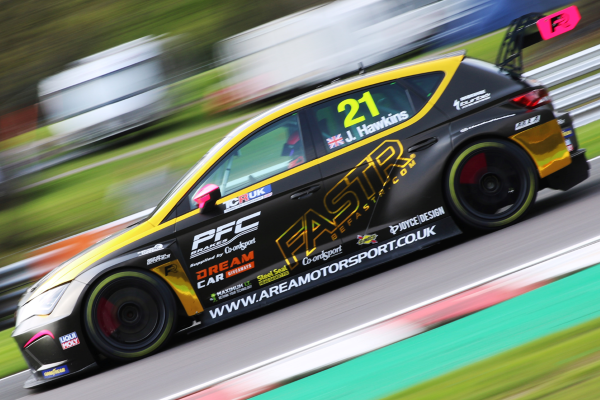 A great result for the PFC Brakes team in TCR UK this Easter weekend, with Jessica Hawkins winning round two and making history as the first female winner of a TCR UK race.

A good solid start to the 2022 racing season in the UK. 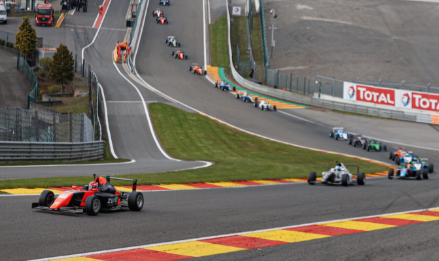 F4 put the SPA in Spain

PFC Brakes continue as the official brake supplier of the championship, now in its third year. All cars are equipped only by PFC. The championship will have seven different meetings with three races at each event. 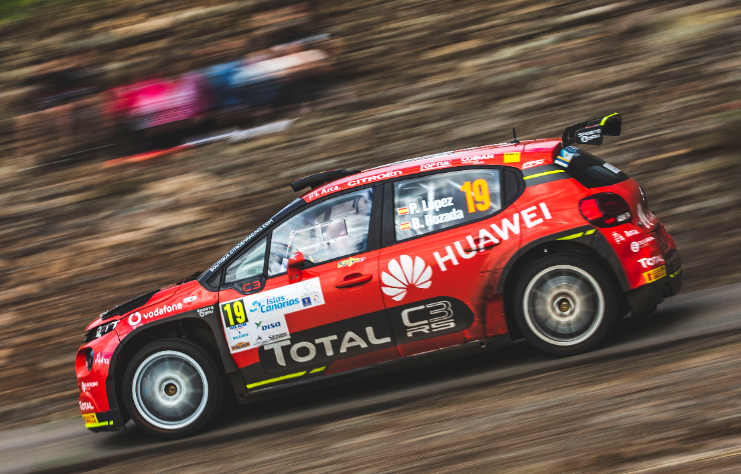 Very high temperatures were registered in the tarmac surface, which suited the 39 compound very well. It remained very consistent throughout.

This is a great debut with our actual Spanish Rally Champion and PFC driver Pepe López who was extremely pleased with the new PFC compound. 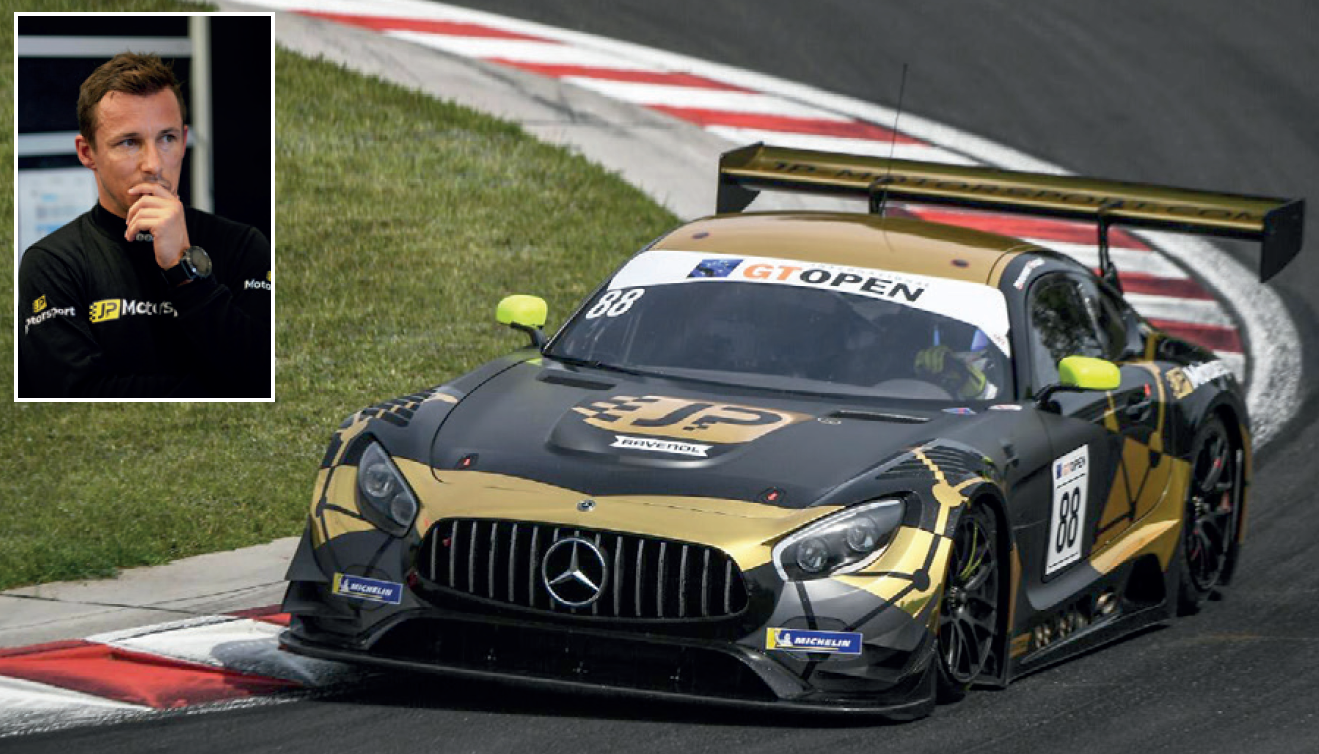 The team is extremely happy with the PFC brake pads 15/332 at Hungaroring and 39/332 at Paul Ricard. Congratulations to the team and thanks to the drivers, especially to Christian Klien for his experienced and positive comments to help our engineers in the evolution of our brakes!!!! 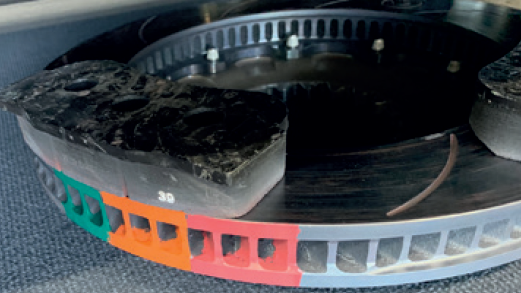 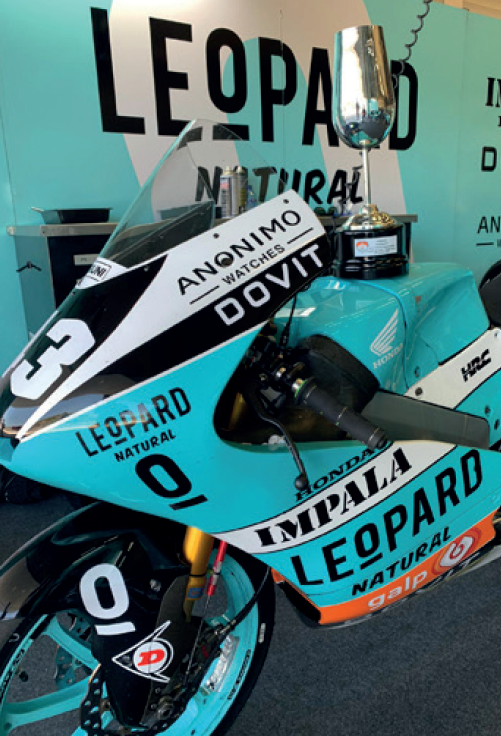 After the first five races of the FIM CEV M3 (Junior M3 World Championship), Xavier Artigas is the leader with two victories, P2 and P8 in the last race after recovering ten positions due to a race incident fighting for the victory. The Spaniard leads the championship, 21 points ahead of Acosta, with Garcia third. 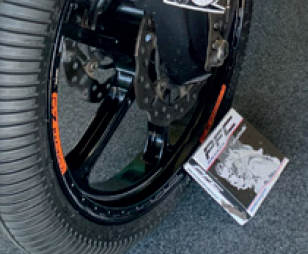 Artigas took the podium in the last race of the Moto3 World Championship, the first time he took part in the World Championship at only 16 years old. The young rider is a multiple champion and has a great experience in racing motorbikes. He has a lot of confidence with the PFC 333 compound in his Honda HRC M3. “ I am very confident with the PFC 333 brake pads due to their high initial bite which helps during overtaking in the extremely competitive FIM JR World Championship M3. We are doing similar and even better lap times than in the Moto3 MotoGP world championship!! Also they felt great during the complete race, with no changes in my brake lever. “ Also the Team appreciate the pads’ durability, and disc-friendliness. 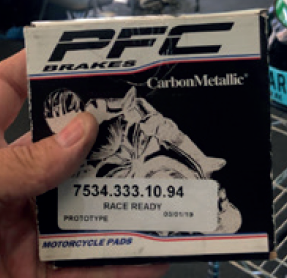 Mr. Arenas, team owner said “we are using the PFC 333 in all our bikes, not only in M3, motorcycles with two discs, also in the Honda European Talent, motorcycles with only one disc, and normally more difficult on the brakes. With PFC 333 we have solved problems with other brands, and issues such as fast drop or curved back plates which generate overheating.

The PFC 333 has no taper and its characteristics help my young riders. They have always the same excellent feeling on their brakes!” 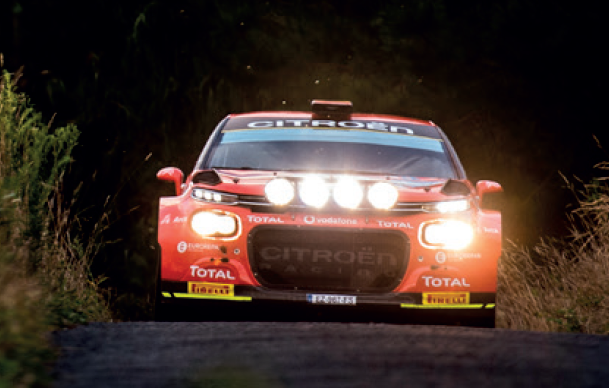 Our Rally drivers and the former Spanish Rally Champion Pepe Lopez / Borja Rozada have started the season well. Pepe Lopez / Borja Rozada won the 2 initial rallies on tarmac in the Spanish Championship, Ferrol and Orense. Driving our newest “39” compound front and rear on his Citroen C3 WRC2 Pepe got a lot of confidence with the brakes feeling a good performance and high resistance against the heat in the first races with the summer’s high temperature, specially on Madeira Island and also in Galizia’s rallies.

The Sport & You team is using PFC brakes on their different cars and drivers such as Pedro Fontes (Citroen C3) Camacho (Citroen C3) or Magalhaes (Hyundai i20). Rali Vinho Madeira 2020 was an excellent race with 4 cars in the top 6 in a European Rally Trophy round.

F4 SPAIN, THE LARGEST GRID OF ALL F4 CHAMPIONSHIPS! 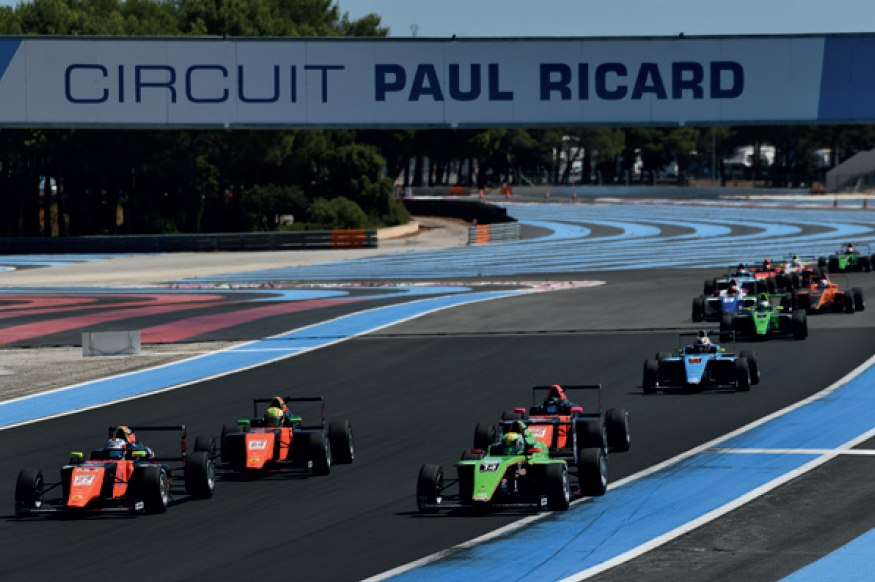 F4 Spain is becoming the most competitive F4 championships for the number of competing drivers and teams from different nations. Paul Ricard was a very successful race where 21 young drivers fought competitively but fairly. 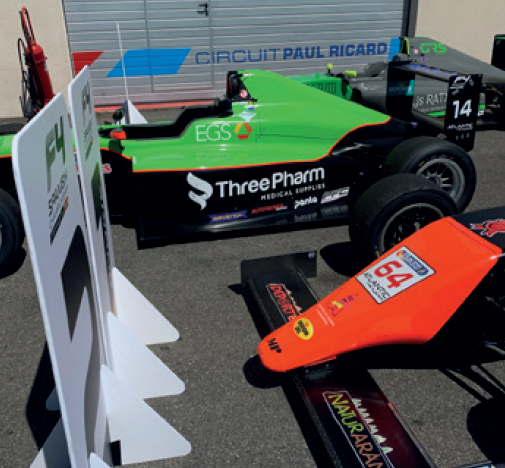 PFC brakes are the official brake suppliers of this championship. Teams and drivers are extremely happy with their braking performance!!!

PFC BRAKES WIN BOTH RACES AND LEAD THE CHAMPIONSHIP !!!

PFC Brakes have been working hard to develop new compounds for the TCR sprint races. During the pre-season we tested with the Honda JAS supported team, Brutal Fish Racing Team and their drivers Dan Lloyd, Pepe Oriola and Martin Ryba on different circuits. They finally chose our newest “39” compound due its good torque and initial bite, but also for the pads’ easy modulation, plus a strong and firm pedal during the race.

Daniel Lloyd, the British driver was 3rd in qualifying, winning the initial race and P6 in the 2nd race (reverse grid). He leads the championship and has given us excellent feedback about our brake pads. Thanks Dan and congratulations on your success!! And congrats to our newest “39” compound for its first victory in an International race on its first test!!!

The second race, with reverse grid from the qualifying, gave us a great surprise and another victory for PFC!! The German driver Mike Halder won from his Pole Position, defending the pressure from his follower, the professional factory Honda driver Nestor Girolami (Arg / Honda Civic Type R TCR). Mike used our “333” PFC compound, and was very happy with the Honda Civic brakes.

PFC are also providing brake discs to the Audi official team ComToYou, getting excellent results!! They finished 2nd overall in the meeting with M. Bennani (Marroco/Audi RS3 LMS) battling with Dan Lloyd in the two races!!

We have changed our UK office working hours, so will only dispatch products from Monday to Thursday.

Carrier collections can be arranged on Fridays, but only until 12:30.

Spain, March 2019 – PFC Brakes is the new official brake supplier for the F4 Spanish Championship in 2019.
The sponsorship agreement was achieved after several conversations since last year.

The objective of the organizing committee is to continue offering quality standards to the drivers and the teams.

“I am delighted that PFC Brakes have been nominated by organizing committee of F4 Spanish Championship as the preferred brakes supplier for the 2019 season. PFC Brake systems are chosen across the globe by manufacturers, teams and championships for their commitment to making the absolute best products in the industry. It is therefore a real pleasure to now be involved in this up and coming series in Spain, where we will provide our best products after complete several testing days with different teams and drivers”, said Peter Babbage (PFC Vice President – European Operations and Senior Vice President – North America).

Adrián Muñoz (F4 Spanish Championship Technical Manager) said: “I have the honour to confirm our deal with PFC for the brakes supply for the F4 Spanish Championship, since the end of last year we have been in contact about the possibility to cooperate in our growing championship, and since the first moment we had same approach about what kind of brakes we would like to have to continue preparing the future motorsport starts. Further testing and feedback from different drivers confirmed the correct brakes specification for the coming season.”

The first round of the F4 Spain Championship will be in Circuito de Navarra, April 6-7.